Dr. Seyom Brown is prominent foreign policy and historical analyst, teaching at such prestigious institutions as Columbia University, Harvard University, Brandeis University, UCLA, John Hopkins School of Advanced International Studies, and Tufts University. He has also been a senior policy analyst in some of the largest think-tanks, such as the RAND Corporation, the Brookings Insititution, the Carnegie Endowment for International Peace, Harvard University’s Belfer Center, the John Goodwin Tower Center for Political Studies, and many more. Dr. Brown also has experience in government, working in both the Departments of State and Defense. Dr. Brown has numerous publications covering subject matter from the Middle East to human rights to outer space.

(parking can be validated by restaurant staff)

Please note this event is opened to Premium Members Only – Very Limited Seating! 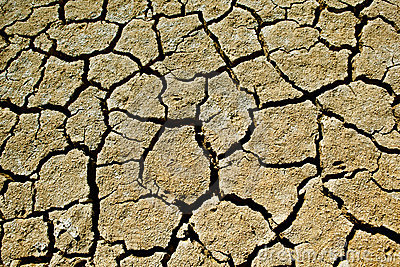 James G. Workman, author of “Heart of Dryness” and founder of AquaJust draws on his experience from the Kalahari to Oman to Bali to Spain to shape the world’s first online water-trading marketplace, unfolding today in California

Workman is an award-winning journalist, foreign correspondent, and writer who has prepared speeches for statesmen on four continents. As a ‘Drought Doctor’ he has advised businesses, aid agencies, civic associations, environmentalists and government departments on water scarcity and climate change adaptation. He is based in San Francisco, where he is translating his experiences with Kalahari Bushmen into a new venture that harnesses Web 2.0 platforms to trade the right to water.

Workman is a Yale and Oxford graduate, award-winning journalist, recruited to U.S. Cabinet-level aide, and essayist on water scarcity, conservation, & global warming.  He is an award winning freelance writer and has written for various publications such as World View Magazine, The Washington Business Journal, The New Republic, Foreign Service Magazine, Africa Geographic, Sustainable Development, Washington Times, and Business Day. As an international public speaker and academic lecturer, he has spoken at Yale University, University of Cape Town, California Institute of Technology, University of Botswana, among others in regards to the needed adaptation and development in a changing climate. 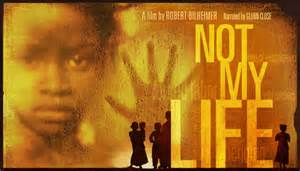 The goal of this program is to increase awareness in the United States of the underlying causes and profound dangers of human trafficking.

Please join the World Affairs Council of Orange County, in partnership with the World Affairs Council of America and a generous grant from Carlson & the Carlson Family Foundation for a panel discussion on combating human trafficking. We will bring together law enforcement officials, victims advocates, and subject matter experts for a panel discussion to raise awareness of the issue. The panel will also highlight legislation being advanced at the federal level that will help prevent sex trafficking.

This will be a 30 minute movie screening with a panel discussion to follow.The Moderator will be Annie Kim from UNICEF.

A program of the World Affairs Councils of America with support provided by a grant from Carlson & the Carlson Family Foundation.

Cordially invites our Trustees to attend the

You are invited and requested to attend the Annual Trustees Luncheon of the Council’s Board of Trustees, which will be held on Sunday, September 7, 2014. Spouses and guests also are invited to attend.The Annual Trustees Meeting is an important event for the Council. You will be asked to elect the Council’s Executive Board and Officers for the coming year. In addition, Board Chairman, Leslie McNamara, will provide the overview of the “State of the Council”, and special reports will be provided by our Council’s officers on our finances and investments, our program results, our educational outreach efforts and our membership status. There will also be time for you to ask questions, comment, and offer suggestions and recommendations for the Council’s activities over the coming year.

Participation in the Annual Trustees Meeting is a key responsibility of our Trustees, and we value your advice, guidance, and feedback very highly. We look forward to seeing you.

For questions, or should you wish to donate a SILENT AUCTION item
please contact Karen @ 949 253-5751

About
In the past two decades the world has seen a push towards free trade agreements between nations and economic blocs. The Transatlantic Trade and Investment Partnership (TTIP) aims to expand the already massive trade relationship between the US and the European Union. Its proponents argue that the new trade agreement’s elimination of tariffs and reduction of differences in regulations and standards will boost both economies by as much as $301 billion a year. Both economies already maintain the largest investment relationship in the world at over $3.7 trillion.

What are the biggest challenges facing this agreement? What are the projected gains for various industries in the US and EU? How can the US and the EU successfully coordinate their divergent regulations on health standards and the environment? How should the parties respond to popular protests against the agreement? Two distinguished Consuls General will address these issues at a panel discussion at an upcoming WACOC dinner program.

British Consul General Chris O’Connor
Chris O’Connor most recently served as the UK’s Ambassador to Tunisia from November 2008 to June 2013. He joined the Foreign and Commonwealth Office in 1993. Since then he’s been posted in Cairo, Riyadh, Brussels, Ottawa, Beirut and Tunis. He also worked at the Foreign and Commonwealth Office headquarters in London.
In London he worked on Southern European issues, United Nations issues and as Head of the Middle East Peace Process Team from 2004-2005.

In the Middle East/North Africa region he was posted in Cairo (1995-96) as Attache, with the purpose of learning Arabic, Riyadh as Second Secretary (1996-1999) and Beirut as Deputy Head of Mission (2006-2008). Outside of the region he worked at the UK delegation to NATO, where he focused on Kosovo issues and as Head of Political Section in Ottawa (2000-2003). Chris also had the opportunity to work on secondment to the Canadian Department for Foreign Affairs (1999-2000).

Chris is married to Martha Nelems who is Canadian. They have two daughters. He spends most of his leisure time enjoying their company, but he also plays tennis and snooker when the opportunity arises and enjoys a range of other sports.

German Consul General Dr. Bernd Fischer
Dr. Bernd Fischer, who holds a Doctorate in Philosophy from Heidelberg University and most recently served as German Ambassador to the Republic of Croatia, has been head of the German Consulate General in Los Angeles since July 10, 2012. Prior posts of his Foreign Service career include the embassies in Washington, Tokyo, New York and various positions at the German Foreign Office headquarters in Bonn and Berlin. As Consul General in Southern California, Arizona, Nevada and Utah he seeks to foster and deepen German-American relations.

“America: A Nation of Immigrants”

World Affairs Council of Orange County
In cooperation with the
National Ethnic Coalition of Organizations (NECO)
Presents
“America: A Nation of Immigrants”
And Presentation of the
Ellis Island Humanitarian Award
to
Herbert V. Nootbaar
At this unique World Affairs Council event, Herbert V. Nootbaar will be honored with the Ellis Island Humanitarian Award, presented by Mr. Nasser J. Kazeminy, Chairman of the National Ethnic Coalition of Organizations which sponsors the prestigious Ellis Island Medals of Honor celebrating American diversity and honoring individuals who have made an indelible mark upon the nation. Mr. Nootbaar will be recognized for his extraordinary achievements in business, humanitarian endeavors and significant contributions to the nation. As a distinguished national leader in agribusiness, Mr. Nootbaar’s visionary leadership and philanthropic generosity were the foundation of the Herb and Elinor Institute on Law, Religion and Ethics at Pepperdine University. In addition to his numerous accomplishments and contributions in a life extending for more than 105 years, his continued leadership as a Trustee of the World Affairs Council of Orange County is one of which we are especially proud.

Following the presentation by Chairman Kazeminy to Mr. Nootbaar, a panel of Ellis Island Medalists, including two 2014 Medal recipients, will discuss the meaning of America as an immigrant nation, including their personal stories and those of their families…stories that will educate, enlighten and inspire.

Self Parking – Complimentary (included in price)

Your ticket for the: “America: A Nation of Immigrants”

“America: A Nation of Immigrants”