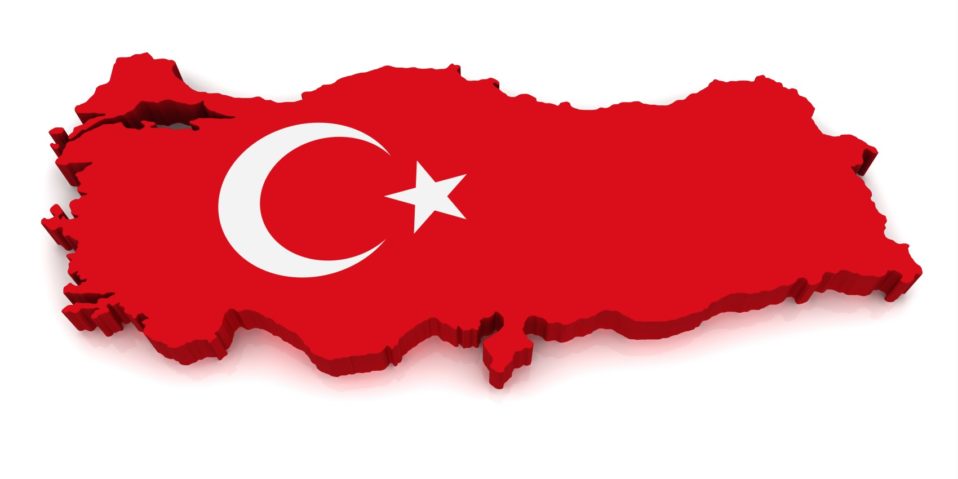 President Obama has acknowledged that the United States does not have a “strategy” for dealing with Syria, now the epicenter of a region facing multiple civil wars and violent crises of state legitimacy.  To confront the most urgent security aspect of this complex set of problems, the U.S. has rallied an international coalition of states  determined to defeat ISIS.  None of these coalition partners is more crucial to success than Turkey, and none of the coalition members’ bilateral relationships is more difficult for both parties to manage.  To better inform US and world publics and national public policy processes about the larger challenge of developing a strategy not only for but also with the Middle East,  the Atlantic Council has drawn together eminent persons and experts from across the Middle East region, Europe, and the United States, in its “Middle East Strategy Task Force.” Bipartisan co-chairs,  former Secretary of State Madeleine Albright and former National Security Advisor Stephen Hadley, are leading the Task Force’s efforts to help the current and next US administrations, with our European and Middle Eastern Partners,  jointly to develop such a strategy.  The focus is on collaboration among stakeholders in the Middle East, Europe, and U.S. in regenerating a stable regional order based on legitimate, well-governed states dedicated to the service of their people.   Former U.S. Ambassador to Turkey Francis J. Ricciardone,  Vice President of the Atlantic Council and Director of its  Rafik Hariri Center for the Middle East, will outline the approach of the Task Force, with a particular focus on Turkey’s pivotal role,  and invite WAC members’  advice and questions.

The AGM meeting is the kick-off to a brand new year of events and programming. WAC is excited with the lineup of speakers and panels that we are assembling for the 2015-2016 year. The world has many challenges and the U.S. continues to be instrumental in leading and finding solutions. WAC welcomes all new and old members. This is an opportunity for the general membership to meet the incoming Executive Board and the new class of trustees, as well as provide feedback on what members would like to see from the World Affairs Council of Orange County.

Francis J. Ricciardone is Atlantic Council vice president and director of the Rafik Hariri Center for the Middle East. Before joining the Council he was a career Foreign Service officer in Washington, the Middle East, Europe, and Asia, including assignments as ambassador to Turkey (2011-14), chargé d’affaires and deputy ambassador to Afghanistan (2009-10), ambassador to Egypt (2005-8), and ambassador to the Philippines and Palau (2002-5).

As Secretary of State Madeleine Albright’s special coordinator for the transition of Iraq (1999-2001), Ambassador Ricciardone supported the reestablishment of the democratic opposition to the Saddam Hussein regime.  Secretary of State Colin Powell assigned him in 2004 to organize the new US Embassy in Baghdad to replace the Coalition Provisional Authority. He worked with Egyptian, Israeli, and other international military forces as chief of the Civilian Observer Unit of the Multinational Force and Observers in Egypt’s Sinai Desert (1989-91). In 1993 he served as political advisor to US and Turkish generals commanding Operation Northern Watch in northern Iraq, based in Turkey. Before joining the Foreign Service, Ambassador Ricciardone held a Fulbright Scholarship in Italy, and taught at international schools in Italy and in Iran. He graduated summa cum laude from Dartmouth College in 1973. He speaks Italian, Turkish, Arabic, and French. He is married to Dr. Marie Ricciardone, a molecular biologist.

Entertainment by Dimitris Mahlis- “Meditations on the Oud”

Dimitris Mahlis is a multi-instrumentalist and composer based in the Los Angeles area.  Since coming to LA, Dimitris’ skills on oud, guitar and other stringed instruments have led him into a rich variety of performing and recording experiences. Dimitris has had the good fortune to receive training in both Western and Eastern musical systems. His style is known as both soulful and original.

Some recent recording credits include the Oscar winning film “Argo” With composer Alexander Desplat. “Huun Huur Tu” with Carmen Rizzo, “Vino” with Robi Draco Rosa,”O Samanos” Dionisis Savopoulo-Thanasis Papakonstantinou, Dimitris also composed the music for the recent film ” Coffee and Sugar” and is featured on the soundtrack of the upcoming film “The Algerian.”

Dimitris has performed and toured throughout the world with artists such as A.R.Rahman, Axiom of Choice, Dionisis Savopoulos, Niyaz, Freddie Hubbard, Thanasis Papakonstantinou, Kevyn Lettau, Russell Ferrante and others. He composes all the original music for his projects including 4 albums with His duo project “Wahid” “Protoleia” with the Mahlis- Panos Project “Prana” with the trio, Prana and “Aphrodite Moves On” with his electric quartet, Babaghanoush.

Your ticket for the: Toward a Strategy for the Middle East, AGM