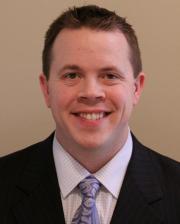 Recipient of Presidential Medal of Freedom

The World Affairs Council of Orange County will be celebrating its 50th Anniversary with one of the highest profile American diplomats of our generation, Ambassador Ryan Crocker.   Dubbed, “America’s Lawrence of Arabia” by former US President, George W. Bush, Ambassador Crocker has held our nation’s highest diplomatic positions throughout the Middle East, having served as US Ambassador to Afghanistan, Iraq, Syria, Pakistan, Lebanon, and Kuwait.

For decades, Ambassador Crocker has courageously and dutifully served our nation in leadership positions throughout the Middle East and South Asia.  In August 1990, Crocker served as Director of the Iraq-Kuwait Task Force following the Iraq invasion of Kuwait.  In 2002, he led a team that secretly worked with Iranian counterparts to capture Al Qaeda operatives in the days after 9/11.  Prior to the invasion of Iraq, he co-authored a memo for Secretary of State Colin Powell warning that overthrowing Saddam Hussein could unleash long-repressed ethnic and sectarian tensions in Iraq, potentially pulling in Iran and Syria, and warning that the US would be left to rebuild the country’s economic and political systems.  Most recently he was General David Petraeus’s civilian partner as US Ambassador to Iraq during the US troop surge in 2007.

Ambassador Crocker in his speech to our Council will address the causes and consequences of the current “meltdown” in the Middle East including the ongoing crisis in the various nations there.

Please take out a personal or company AD to honor our Council and its members and receive recognition for your contribution!

Please fill out the Ad Sponsorship form and follow the instructions for sending logos/business cards and messages and payment methods.

(If you are paying for  the Ad via credit/debit card please e-mail your logo/business cards to orangecounty@worldaffairscouncil.org)

Your ticket for the: WACOC’s 50th Anniversary with Ambassador Ryan Crocker – “Middle East Meltdown: Causes & Consequences for the U.S.”