Annual General Membership Meeting with Ambassador Howard Gutman – “Europe: An Ambassador’s Perspective On What No One Will Tell You” 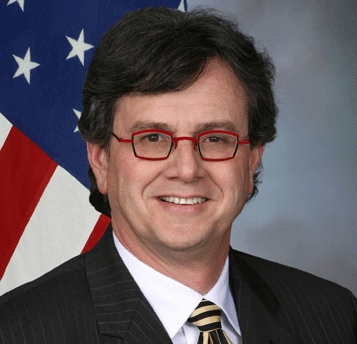 “Europe: An Ambassador’s Perspective On What No One Will Tell You”

Former US Ambassador to Belgium

Who is Europe and why are they saying those things about us?  Who is the second most dangerous threat to the U.S.-European relationship? Is Brexit the divorce that never happens?  How did the US snatch defeat from the jaws of victory in the US-EU TTIP Trade Deal?  What none of the politicians know about climate and the Paris deal?  European terrorism and how to stop it?  The Odd Couples:  Merkel-Macron; Orban- Duda; Trump-Tillerson. An inside Washington perspective on other parts of the world as well.

Ambassador (Rtd) Howard Gutman served as the United States Ambassador to Belgium from 2009-2013.  One leading European newspaper dubbed him “the Ambassador who makes us love America again!”  while another described him as “the most popular Ambassador ever.”  A former United States Supreme Court law clerk (for Justices Stewart and O’Connor), former Special Assistant to the Director of the FBI (William Webster) for Counter-intelligence and Counter-terrorism; and former 27 year leading attorney is Washington DC (Williams & Connolly), Ambassador (Rtd) Gutman is now the Managing Director of The Gutman Group, an international consulting and investment firm.  www.gutmangroup.com  He is a regular commentator on Fox Business News and Belgian television, a frequent speaker for companies and associations in Belgium, London and the US, serves on the board of directors of a publicly-traded Belgian company and privately held U.S. ventures, and publishes often in the Washington Post, Politico, and the Huffington Post on both US politics and geopolitics.  Along with his wife Dr. Michelle Loewinger, Ambassador (Rtd) Gutman spends roughly one week/month in Belgium and the remainder in Washington DC.

Your ticket for the: Annual General Membership Meeting with Ambassador Howard Gutman – “Europe: An Ambassador’s Perspective On What No One Will Tell You”

Annual General Membership Meeting with Ambassador Howard Gutman – “Europe: An Ambassador’s Perspective On What No One Will Tell You”