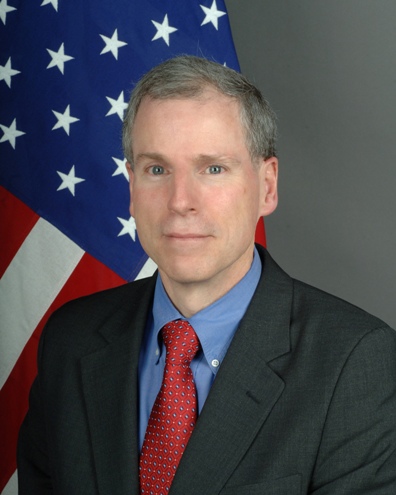 Special insight from the

Ambassador Robert S. Ford spent 4.5 years working for the US Mission in Iraq and another 3 years working on Syrian issues, including as the US Ambassador. As a former US ambassador to Syria he has special insight into the causes and complexities of the bloody Syrian civil war, which tragically has caused the death of nearly ½ million people and refugees that number in the millions.  Ambassador Ford will address the factors that caused the unrest in both Iraq and Syria and spawned the Syrian civil war and which allowed the rise of the Islamic State (ISIS), now straddling across the two countries’ borders. The Ambassador will also asses current US and international efforts to contain the conflicts and opine on the signs that may predict the next steps of the US administration in this volatile region.

AMB. Ford completed a 30-year career with the Peace Corps and the U.S. Department of State in April 2014 and now is a senior fellow at the Middle East Institute in Washington, where he writes and speaks about Syria, Iraq and North Africa. He served as the U.S. Ambassador to Syria 2011-2014, receiving wide recognition for his work defending Syrians’ human rights. He received the annual Profile in Courage award in 2012 from the John F. Kennedy Library in Boston for his human rights work and a Presidential Honor award in 2012 for his stewardship of the American Embassy in Damascus during a crisis period. AMB. Ford was the U.S. Ambassador to Algeria 2006-2008, boosting bilateral cooperation in education and the rule of law. He also served five years in Iraq helping the Iraqis establish their permanent government through three rounds of elections and preparation of a new constitution. He received from Secretary of State John Kerry in March 2014, the Distinguished Service award, the State Department’s highest award. The Ambassador has appeared on CNN, PBS, MSNBC, Fox, NPR, the BBC, Arabic networks speaking in Arabic as well as in numerous print media, including The New York Times. He has taught at Johns Hopkins University in Baltimore and is a devoted fan of the Baltimore Orioles.

Your ticket for the: Former US Ambassador to Syria Robert S. Ford (LECTURE EVENT- NOT A DINNER EVENT)