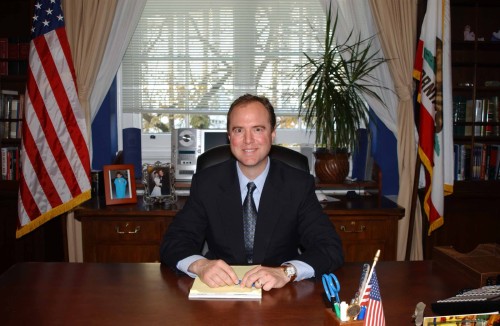 Congressman Adam Schiff represents California’s 28th Congressional District, and throughout his tenure in Congress, he has focused on growing the economy, bolstering national security, strengthening our communities, helping small businesses and improving education, safety and healthcare for our children. In his eighth term in the House of Representatives, Schiff currently serves as the Ranking Member, or top Democrat, of the House Permanent Select Committee on Intelligence (which oversees all of the nation’s intelligence agencies) and as a Member of the Benghazi Select Committee.

Before he was elected to Congress, Schiff served as State Senator for California’s 21st State Senate District, chairing the Senate Judiciary Committee, the Senate Select Committee on Juvenile Justice and the Joint Committee on the Arts. He also worked at the U.S. Attorney’s Office in Los Angeles for six years, most notably prosecuting the first FBI agent ever to be indicted for espionage.

Your ticket for the: “The Russian Threat to the US and the Democracies Around the World”