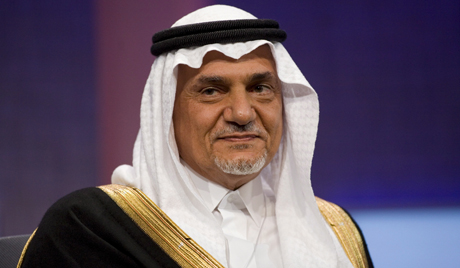 In addition to being a member of the Saudi Arabia royal family, Prince Turki is one of the founders of the King Faisal Foundation which has heavily invested in education and numerous other philanthropic projects around the world. Price Turki also serves as chairman of the King Faisal Center for Research and Islamic Studies which takes part in preserving and promoting Islamic heritage along with encouraging further research so that such traditions may live on and continue in the future. He was appointed ambassador to the court of Saint James in London and to Ireland from January of 2003 until 2005. Later that year he assumed the position of Saudi Ambassador to the United States which he acted as until 2007. He is also co-chair of the C100 Group which has been affiliated with the World Economic Forum since 2003, encouraging interfaith dialogue and cross-cultural understanding. Prince Turki is also deputy chairman of Saudi General Authority for Civil Aviation (GACA) and was elected as the first Vice President of the regional bureau of Asia-Pacific within airports council international.

Thank you to our Sponsors:

SPONSORSHIP OPPORTUNITY INQUIRIES: CALL OUR OFFICE AT (949) 253- 5751 or email orangecounty@worldaffairscouncil.org

Your ticket for the: House of Saud-Conversation with His Royal Highness Turki Al Faisal