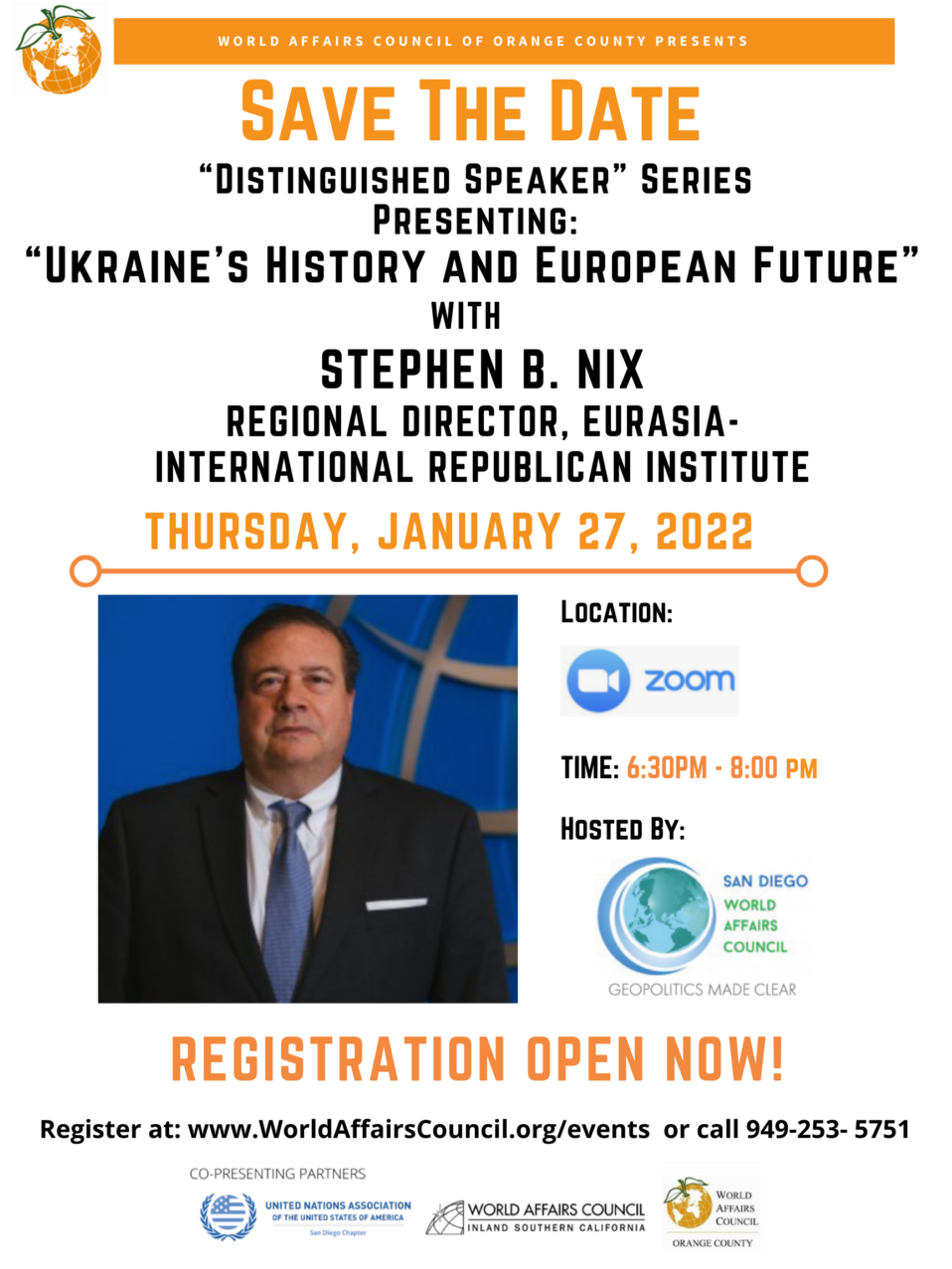 The World Affairs Council of Orange County presents the

Nix joined IRI after serving for two years as senior democracy specialist at the U.S. Agency for International Development.  Nix is a specialist in political party development, and judicial and legal reform in the former Soviet Union.

Nix resided in Kyiv, Ukraine, for more than three years.  During that time, he served as outside legal counsel for the Committee on Legal Reform in the Ukrainian Parliament.  He also assisted in the drafting of crucial reform legislation in Ukraine, including the constitution of Ukraine, the presidential and parliamentary election laws, and the law on the constitutional court of Ukraine.  Nix also served as a member of the Parliamentary Special Committee on the Law on the Election of Deputies in Ukraine.  He has lectured in several law schools throughout Ukraine on such topics as election law and judicial reform.

Nix served as legal counsel to the International Foundation for Electoral Systems in Ukraine and Russia, and has written extensively on legal and political reforms in the region. Among his publications is The Compendium of Election Laws of Central and Eastern Europe (1994).

Nix received his juris doctorate from the Georgetown University Law Center in 1989.  He worked in the litigation section of the law firm of Baker & Hostetler in Washington, DC from 1989 to 1994, where he specialized in election law and international law.

Prior to entering the practice of law, Nix served as Midwest field director for the National Republican Congressional Committee and was the campaign manager for the Republican candidate in Indiana’s Second Congressional District.

Nix served on the litigation team for the 2008 John McCain for President Campaign and was posted to Columbus, Ohio.