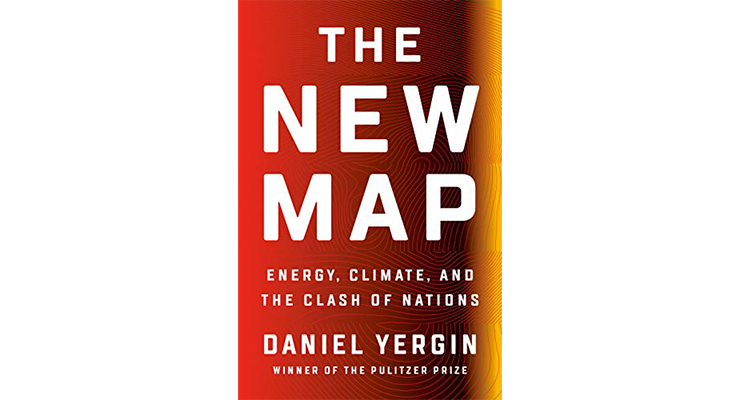 Tuesday, September 29th at 9 AM PST

In 2018, American fracking overtook Russia and Saudi Arabia to make the U.S. the world’s largest oil producer. But in the April throes of COVID-19, U.S. crude fell to a negative value for the first time in history. The foundations of energy, international politics and economics have shifted, but master storyteller and global energy expert Dr. Daniel Yergin has drawn a new map of what he calls a world “being shaken by the collision of energy, climate change, and the clashing power of nations in a time of global crisis.” Reg Manhas will talk with the man Fortune called “one of the planet’s foremost thinkers about energy and its implications.”

Daniel Yergin is the founder of IHS Cambridge Energy Research Associates and Vice Chairman of IHS. Dr. Yergin won a Pulitzer Prize in 1992 for his bestselling definitive history of oil, “The Prize,” and “The New Map” is his fourth book. He was awarded the United States Energy Award for “lifelong achievements in energy and the promotion of international understanding.” He serves on the U.S. Secretary of Energy Advisory Board and chaired the U.S. Department of Energy’s Task Force on Strategic Energy Research and Development. Dr. Yergin is a director of the Council on Foreign Relations and a trustee of the Brookings Institution. Dr. Yergin holds a B.A. from Yale University and a Ph.D. from Cambridge University, where he was a Marshall Scholar.

In conversation with Reg Manhas
Reg Manhas is Principal at Purcell Global Strategies. He built and led the external affairs and sustainability functions at Talisman Energy and Kosmos Energy, and has two decades of experience managing complex above ground risks in over 25 countries on 5 continents. Reg has degrees in chemical engineering and law from the University of British Columbia.

Purchase the book from Interabang

Register for Event: September 29th – “The New Map: Energy, Climate, and the Clash of Nations” with Daniel Yergin

Your ticket for the: September 29th – “The New Map: Energy, Climate, and the Clash of Nations” with Daniel Yergin