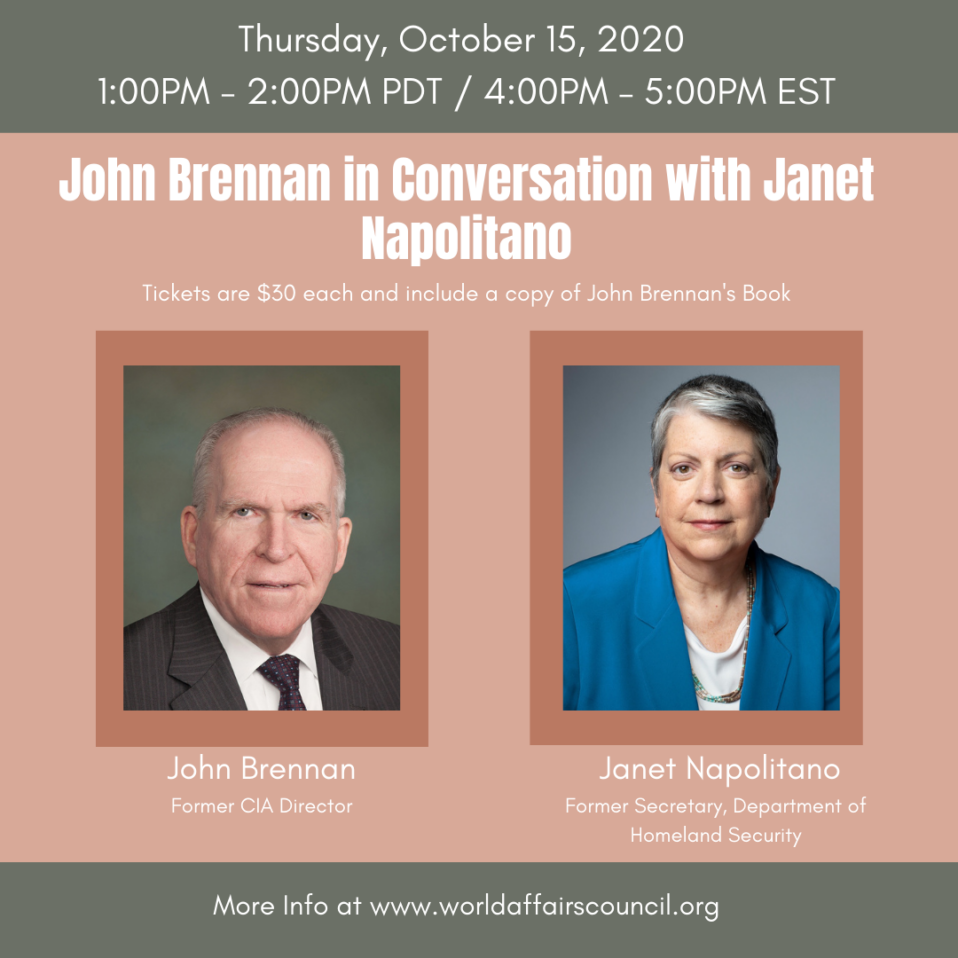 Tickets include a signed copy of John Brennan’s new memoir, Undaunted: My Fight Against America’s Enemies, at Home and Abroad, shipped directly to you by R. J. Julia.

This program will take place on Zoom. RSVP to receive the link to sign in.
Please include your address when purchasing a ticket to receive your book.

Join us for a conversation with Former Director of the Central Intelligence Agency, John Brennan, moderated by Former Department of Homeland Security Secretary, Janet Napolitano.

Director Brennan will discuss his experience in government, which spanned over 33 years. He served 29 years at the CIA and four at the White House. During his career he served six presidents, three Democrat and three Republican, beginning with Presidents Carter and Reagan and concluding with George W. Bush and President Barack Obama.

Mr. Brennan currently is a Distinguished Fellow at the Center on National Security at Fordham Law School, a Distinguished Scholar at the University of Texas at Austin, a senior intelligence and national security analyst for NBC, and an advisor to a variety of private sector companies.

Janet Napolitano is a Professor of Public Policy at the Goldman School of Public Policy at UC Berkeley. She served as the twentieth president of the University of California, the nation’s largest public research university with ten campuses, five medical centers, three affiliated national laboratories, and a statewide agriculture and natural resources program.

Your ticket for the: October 15th: Conversation with Former CIA Director John Brennan