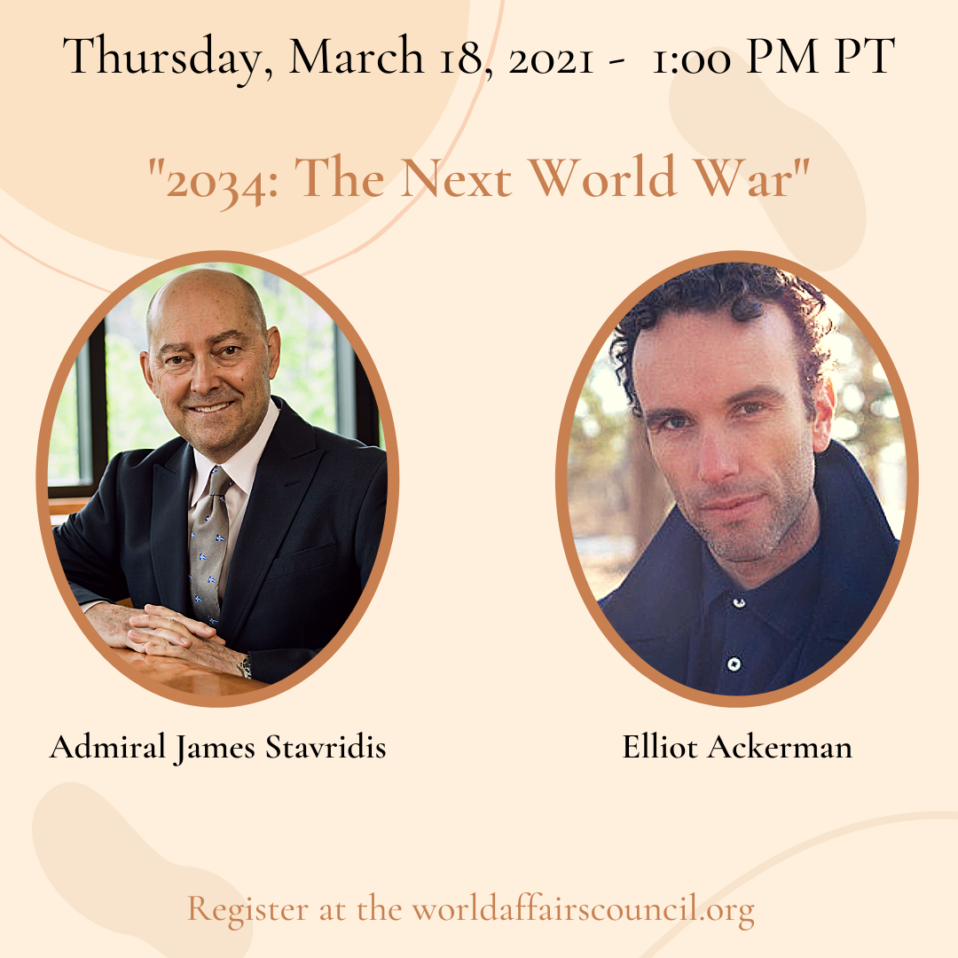 Elliot Ackerman is the author of several novels, most recently Red Dress In Black and White. His books have been nominated for the National Book Award, the Andrew Carnegie Medal in both fiction and non-fiction, and the Dayton Literary Peace Prize among others. His writing often appears in Esquire, The New Yorker, and The New York Times where he is a contributing opinion writer, and his stories have been included in The Best American Short Stories and The Best American Travel Writing. He is both a former White House Fellow and Marine, and served five tours of duty in Iraq and Afghanistan, where he received the Silver Star, the Bronze Star for Valor, and the Purple Heart. He divides his time between New York City and Washington, D.C. Website: www. ElliotAckerman.com; Twitter: @elliotackerman

Admiral James Stavridis, USN (Ret.) spent more than thirty years in the U.S. Navy, rising to the rank of four-star Admiral. He was the Supreme Allied Commander at NATO and previously commanded U.S. Southern Command, overseeing military operations in Latin America. At sea, he commanded a Navy destroyer, a destroyer squadron, and an aircraft carrier battle group in combat. He holds a Ph.D. from The Fletcher School of Law and Diplomacy at Tufts University, where he recently served five years as dean. He has published nine previous books and hundreds of articles and is a frequent national and international television commentator as well as a Bloomberg Opinion weekly columnist, and a monthly columnist for TIME Magazine. He is chairman of the Board of Counselors of McLarty Global Associates, an international consulting firm, and an operating executive of the Carlyle Group, an international private equity firm. Website: www.AdmiralStav.com ; Twitter: @stavridisJ