Conflicts in the Horn of Africa and Implications for Regional Security

He has a certificate in African studies from Northwestern University.  During his tenure in the US Foreign Service, he had assignments at embassies in Lebanon, Kenya, Tanzania, Mauritania, Cameroon, and Sudan, outside of his duties as ambassador.

He has been teaching at the Elliott School since 2001 and serves on a number of boards of non-governmental organizations. An expert on the Horn of Africa, Dr. Shinn speaks at events around the world.

He is the coauthor of China and Africa: A Century of Engagement (2012), the Historical Dictionary of Ethiopia (2013), Hizmet in Africa: The Activities and Significance of the Gulen Movement (2015), and has authored numerous articles and book chapters.

His research interests include China-Africa relations, Chinese diplomacy, East Africa and the Horn, terrorism, Islamic fundamentalism, conflict situations, US policy in Africa, and the African brain drain.  He speaks several languages including English, French, and Swahili.

Dr. Zainab Usman is a senior fellow and director of the Africa Program at the Carnegie Endowment for International Peace in Washington, D.C. Her fields of expertise include institutions, economic policy, energy policy, and emerging economies in Africa. Her forthcoming book, Economic Diversification in Nigeria: The Politics of Building a Post-Oil Economy, is set to be published by Zed/Bloomsbury Press in November 2021.

Prior to Carnegie, Usman was at the World Bank initially as part of the prestigious Young Professionals Program and later as a public sector specialist. At the World Bank, she worked on social sustainability, policy reforms, natural resources management, and disruptive technologies. She has worked on these issues in Cote d’Ivoire, Morocco, Nigeria, Papua New Guinea, the Republic of Congo, Serbia, Tanzania, and Uzbekistan. She has also worked at the Blavatnik School of Government at the University of Oxford and has consulted for the Department of International Development (DfID) and the Office of the National Security Adviser (ONSA) in Nigeria.

Usman’s research has been published on various academic, policy, and media platforms. She is co-editor of the book, The Future of Work in Africa: Harnessing the Potential of Digital Technologies for All. She also contributed to World Bank’s flagship report on Rethinking Power Sector Reforms in Developing Countries. Usman’s other analytical pieces have been published with the journal of African Affairs, the World Bank’s Policy Research and Working Paper Series, and as book chapters in edited volumes with Oxford University Press and James Currey. Her written and broadcast commentary has appeared in Al-Jazeera English, African Arguments, CNN, and Washington Post, among others.

She sits on the advisory board of the Energy for Growth Hub in Washington, D.C., and on the editorial board of Premium Times in Nigeria. 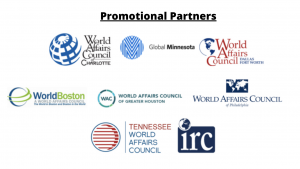 Register for Event: June 24, 2021: Conflicts in the Horn of Africa and Implications for Regional Security

Your ticket for the: June 24, 2021: Conflicts in the Horn of Africa and Implications for Regional Security