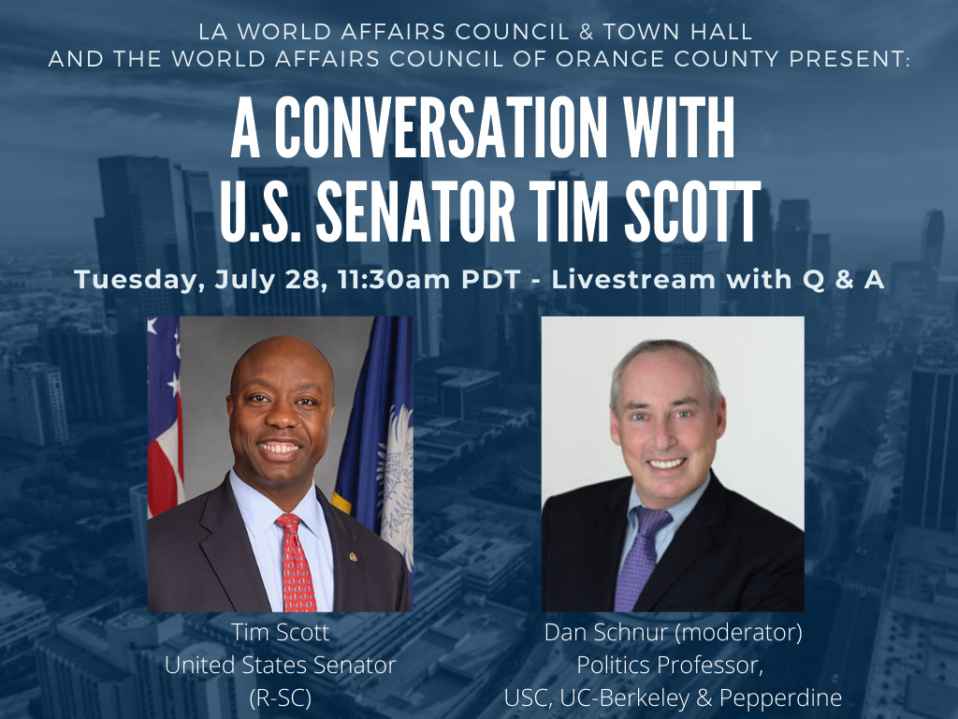 Senator Tim Scott was elected to the US Senate in 2013. Since then, he has been a national leader on efforts to bring opportunity to every American family. His signature legislation creating Opportunity Zones was passed as part of the 2017 tax reform package, and has the potential to bring billions of dollars of private investment into distressed communities across the country. As he continues to lead on the implementation of the Opportunity Zones initiative, Senator Scott also plays a critical role in issues regarding workforce development, education and diversity. Whether it’s tackling the skills gap, making sure children have access to the educational environment best suited for them, or working to bring everyone to the table to find solutions, Senator Scott will keep fighting for South Carolinians every single day he serves in the U.S. Senate.

Dan Schnur (Moderator) is a Professor at the University of Southern California’s Annenberg School of Communications, the University of California – Berkeley’s Institute of Governmental Studies and Pepperdine University’s School of Public Policy, where he teaches courses in politics, communications and leadership. Dan was the director of the Sacramento Bee’s “California Influencers” series, in which he led a weekly online conversation among 100 of the state’s most respected experts in politics, government and public policy around the 2018 election. He is also a board member of the Los Angeles World Affairs Council & Town Hall.

For FAQ’s and instructions regarding our livestreams, click HERE

Your ticket for the: July 28th: A Conversation with U.S. Senator Tim Scott