“Impact of Cyber Tactics on the Economy, Politics, Diplomacy, and Future Wars” with Dmitri Alperovitch, Co-Founder and CEO of Silverado Policy Accelerator 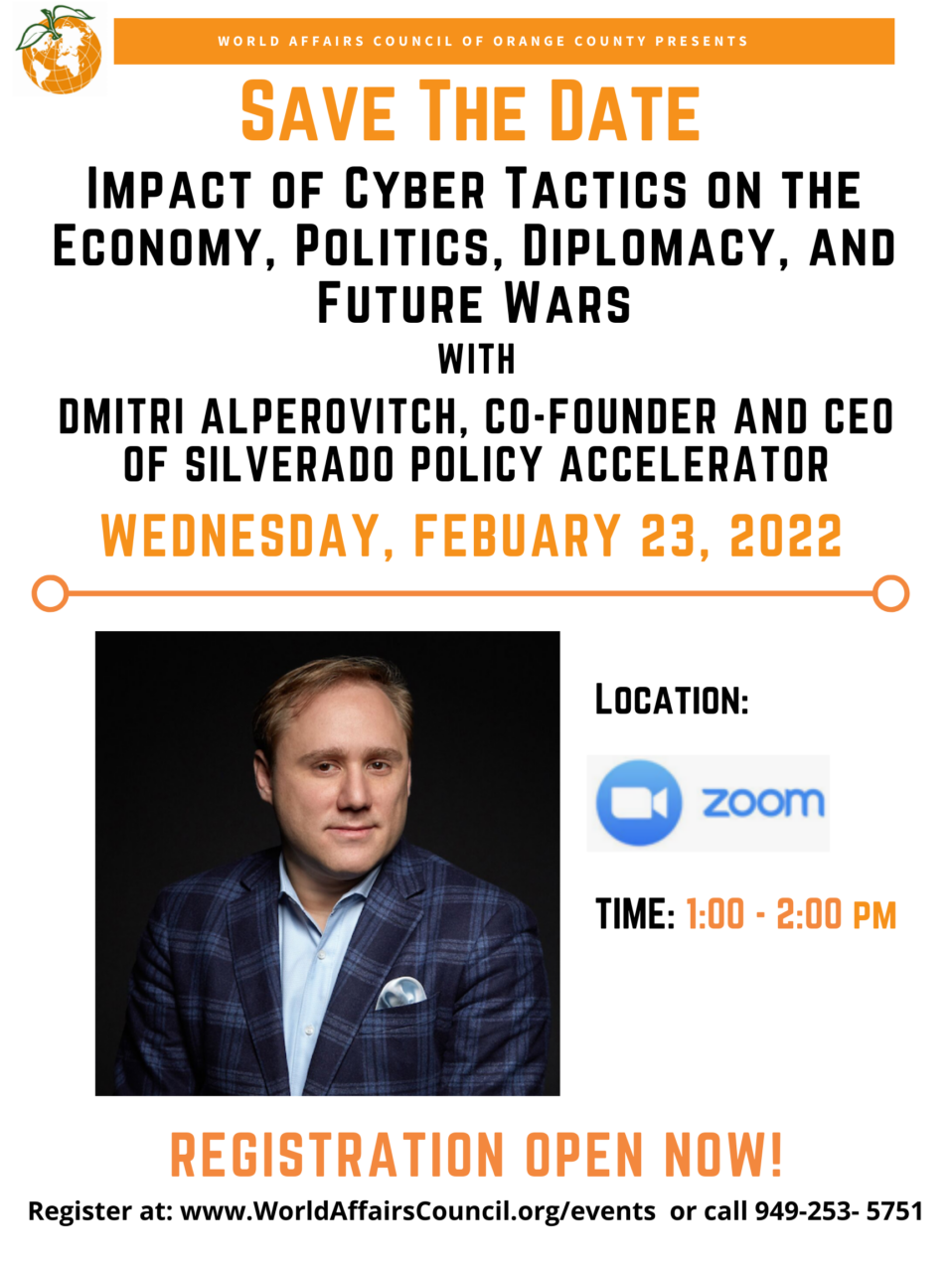 “Impact of Cyber Tactics on the Economy, Politics,

Dmitri Alperovitch is the Co-Founder and Chairman of Silverado Policy Accelerator, a non-profit focused on advancing American prosperity and global leadership in the 21st century and beyond. He is a Co-Founder and former CTO of CrowdStrike Inc., a leading cybersecurity company. A renowned cybersecurity visionary and business executive, Alperovitch is a thought-leader on cybersecurity strategy and state tradecraft and has served as special advisor to the Department of Defense. His writing on cyber and foreign policy issues has appeared in major news outlets including The New York Times, The Washington Post, and Foreign Affairs and he is a regular contributor to national broadcast news programs including PBS Newshour and NBC News. Alperovitch is also an active angel investor and board member of multiple high-growth technology companies. He has been named as one of Fortune Magazine’s “40 Under 40” most influential young people in business and Politico Magazine has featured Alperovitch as one of “Politico 50” influential thinkers, doers and visionaries transforming American politics. In 2013, Alperovitch received the prestigious recognition of being selected as MIT Technology Review’s “Young Innovators under 35” (TR35) and Foreign Policy’s Leading Global Thinkers. In 2021, he launched the Alperovitch Institute for Cybersecurity Studies at Johns Hopkins University’s School of Advanced International Studies (SAIS).

Register for Event: “Impact of Cyber Tactics on the Economy, Politics, Diplomacy, and Future Wars” with Dmitri Alperovitch, Co-Founder and CEO of Silverado Policy Accelerator

Your ticket for the: “Impact of Cyber Tactics on the Economy, Politics, Diplomacy, and Future Wars” with Dmitri Alperovitch, Co-Founder and CEO of Silverado Policy Accelerator

“Impact of Cyber Tactics on the Economy, Politics, Diplomacy, and Future Wars” with Dmitri Alperovitch, Co-Founder and CEO of Silverado Policy Accelerator