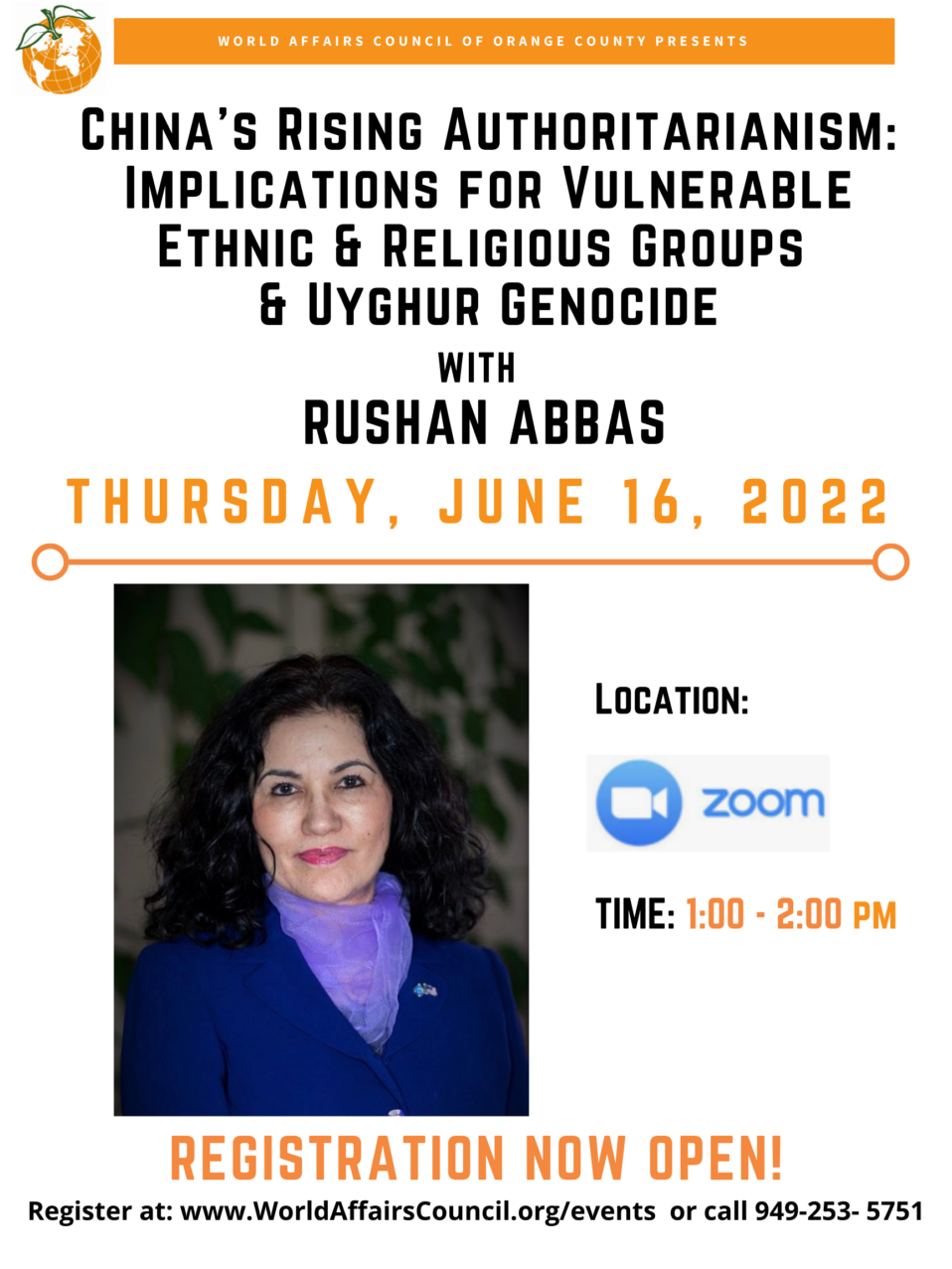 Ms. Rushan Abbas was born, raised, and attended university in Urumchi, the capital city in East Turkistan (AKA Xinjiang). She has been an activist since her days at university in East Turkistan, where she co-organized pro-democracy protests in the mid and late 80s. Since coming to the United States in 1989, she has been a tireless advocate for Uyghur rights. Recently, after Beijing accelerated the genocidal policies in East Turkistan, in 2017, she established the Campaign for Uyghurs to advocate for her people among the government officials and lawmakers, interfaith organizations, universities and think tanks and as well as the grassroots movements. In September 2018, her own sister, Dr. Gulshan Abbas was abducted by the Chinese regime and illegally sentenced to prison in retaliation for Ms. Abbas’s activism. Today, Ms. Abbas continues to advocate for her release and the freedom of millions of other Uyghurs as well as delivering remarks at national and international forums. She frequently testifies at the Congress, briefs, and advises on policy and legislative response. Ms. Abbas received a Freedom Fighter 2019 Award for her work raising awareness on the current Uyghur Genocide. She resides in Virginia.