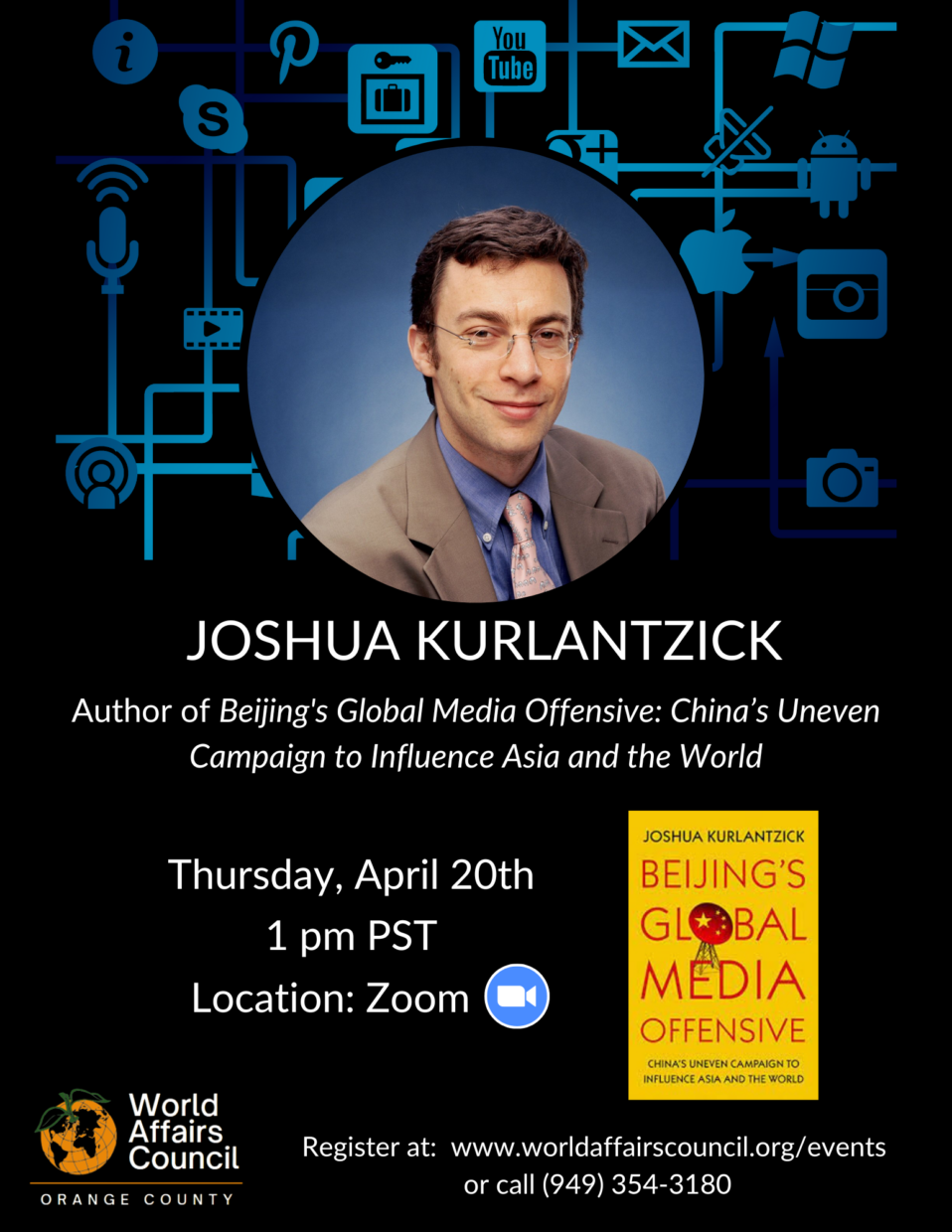 Joshua Kurlantzick is senior fellow for Southeast Asia at the Council on Foreign Relations (CFR). He is the author, most recently, of Beijing’s Global Media Offensive: China’s Uneven Campaign To Influence Asia and the World. Kurlantzick was previously a visiting scholar at the Carnegie Endowment for International Peace, where he studied Southeast Asian politics and economics and China’s relations with Southeast Asia, including Chinese investment, aid, and diplomacy. Previously, he was a fellow at the University of Southern California Center on Public Diplomacy and a fellow at the Pacific Council on International Policy. He is currently focused on China’s relations with Southeast Asia, and China’s approach to soft and sharp power, including state-backed media and information efforts and other components of soft and sharp power. He is also working on issues related to the rise of global populism, populism in Asia, and the impact of COVID-19 on illiberal populism and political freedom overall.

Your ticket for the: Beijing’s Global Media Offensive: China’s Uneven Campaign to Influence Asia and the World Featuring Josh Kurlantzick