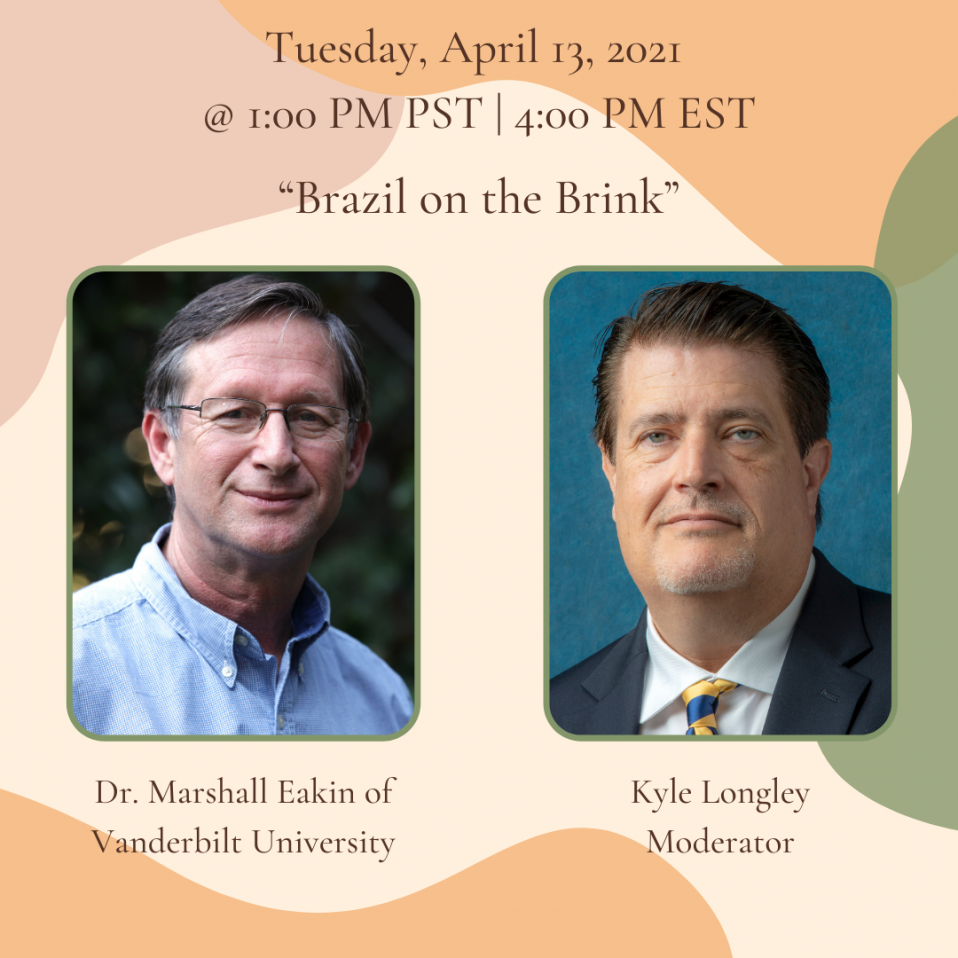 Brazil on the Brink

Last week in an unprecedented sign of rising discontent, the chiefs of the army, navy and air force in Brazil all resigned in protest following President Jair Bolsanaro’s firing of his defense minister, General Fernando Azevedo e Silva the day before and foreign minister Ernesto Araujo a few days prior. The political crisis comes as Brazil addresses a public health disaster. Now on to its 4th health minister since the start of the global epidemic, the country now has the 2nd highest number of deaths and has been reporting more new COVID-19 cases than any other country in the world.

What comes next? Brazil, known as the sleeping giant of the region, is facing a threat to its democracy which brings back memories of the 1964 military coup when a military dictatorship came to power after overthrowing the democratically elected government. Are we facing a similar crisis today?

The World Affairs of Orange County will have a special guest expert on Brazil and the region, Professor Marshall Eakin of Vanderbilt University to address these questions and explore the repercussions for the country and region.

Born in a small town in East Texas, Marshall Eakin grew up in Houston during the 1960s. After spending a summer doing public health work in Guatemala in 1970, he went off to the University of Kansas where he majored in anthropology and history with a focus on Latin America. For three semesters as an undergraduate he attended the University of Costa Rica where he met his wife. In the late 1970s, he did his doctoral work at UCLA and began to specialize in Brazilian history. After teaching for two years at Loyola Marymount in Los Angeles, he moved to Vanderbilt University in 1983. Eakin has published five books and edited four more, the most recent is Becoming Brazilian: Race and National Identity in Twentieth-Century Brazil (2017). His latest book, What Is Latin American History?, will be published by Polity Press in September. His writing alternates between academic publications and those aimed at larger public audiences.