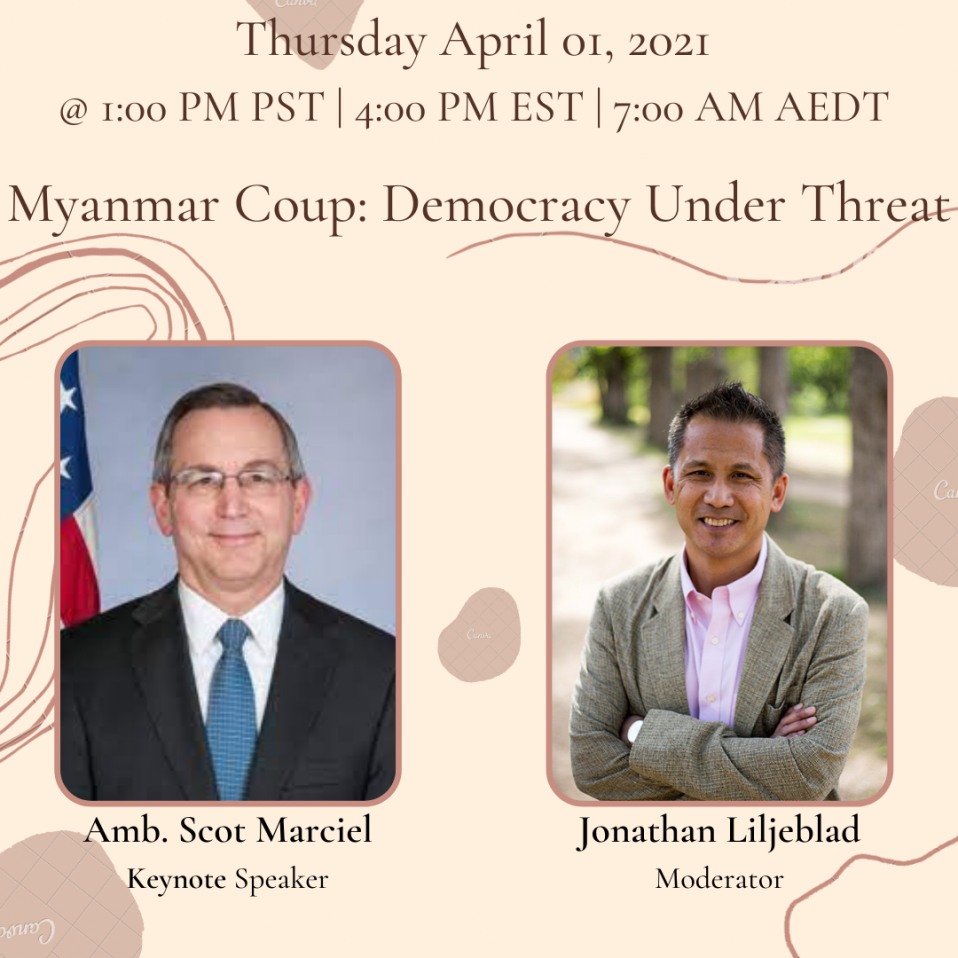 Scot Marciel joins the Walter H. Shorenstein Asia-Pacific Research Center (APARC) as Visiting Scholar, Visiting Practitioner Fellow on Southeast Asia, for the 2020-2021 academic year. He served as U.S. Ambassador to Myanmar from March 2016 through May 2020, leading a mission of 500 employees during the difficult Rohingya crisis and a challenging time for both Myanmar’s democratic transition and the United States-Myanmar relationship.  Prior to serving in Myanmar, Ambassador Marciel served as Principal Deputy Assistant Secretary for East Asia and the Pacific at the State Department, where he oversaw U.S. relations with Southeast Asia.

From 2010 to 2013, Scot Marciel served as U.S. Ambassador to Indonesia, the world’s fourth most populous country.  He led a mission of some 1000 employees, expanding business ties, launching a new U.S.-Indonesia partnership, and rebuilding U.S.-Indonesian military-military relations.  Prior to that, he served concurrently as the first U.S. Ambassador for ASEAN Affairs and Deputy Assistant Secretary of State for Southeast Asia from 2007 to 2010.

Ambassador Marciel earned an MA from the Fletcher School of Law and Diplomacy, and a BA in International Relations from the University of California at Davis.  He was born and raised in Fremont, California, and is married with two children.

Due to the empirical nature of his research, his work connects academia, government, and civil society; seeks interdisciplinary, transboundary, and cross-cultural collaborations; and endeavors to nurture direct impact upon policymakers and societal leaders.
He was born in Myanmar but grew up in Sweden and the United States. He received an Endeavour Research Grant (2018) and was a Fulbright Scholar (2014-2015). He currently is working on projects supported by the International Commission of Jurists (ICJ), Danish Institute of Human Rights (DIHR), Konrad Adenauer Stiftung (KAS), and the United Nations Development Programme (UNDP).