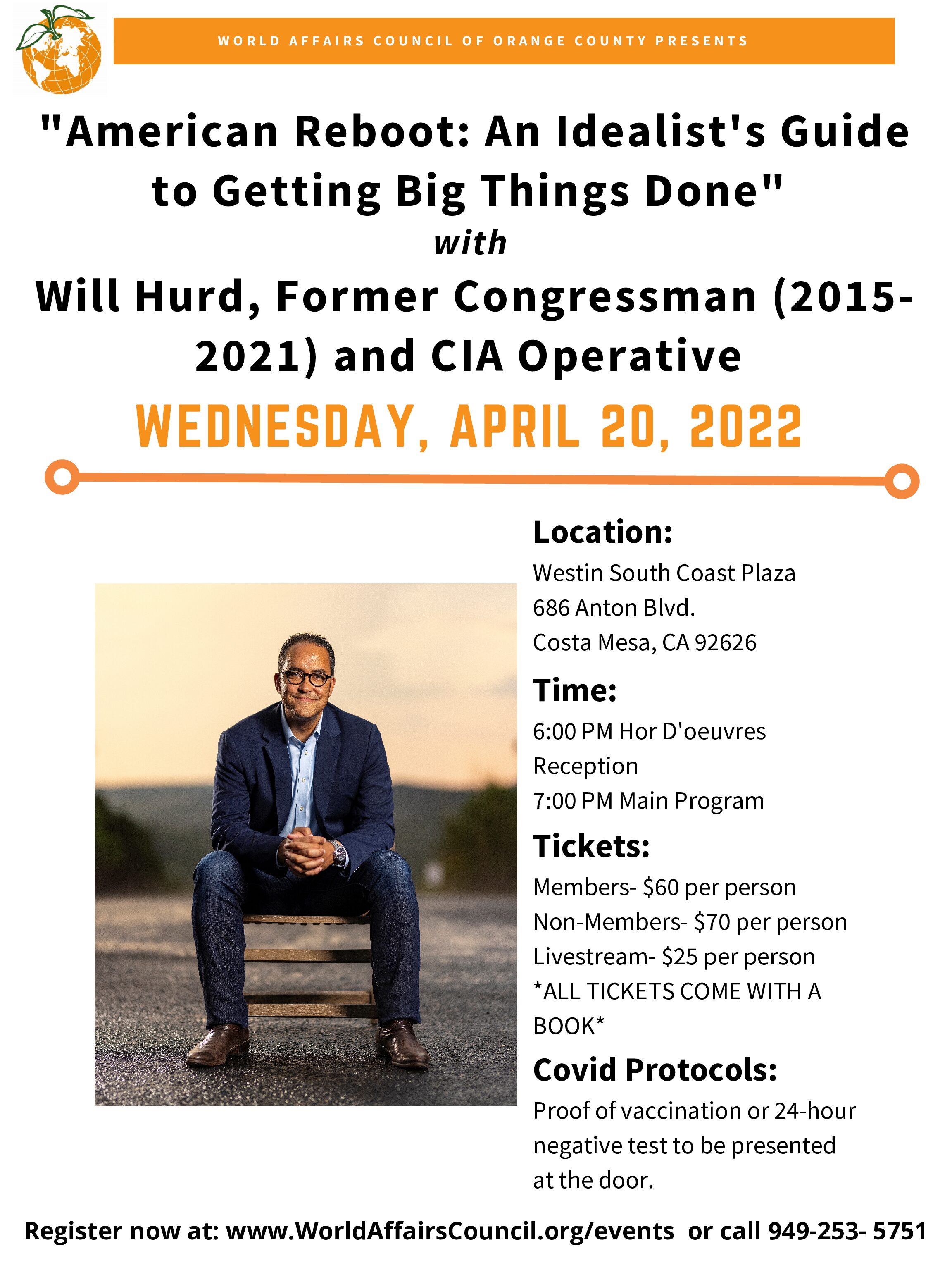 “American Reboot: An Idealist’s Guide to Getting Big Things Done”

*ALL TICKETS INCLUDE A COPY OF WILL HURD’S BOOK, “AMERICAN REBOOT”*

Will Hurd is currently a managing director at Allen & Company and former member of Congress, cyber security executive, and undercover officer in the CIA. For almost two decades he’s been involved in the most pressing national security issues challenging the country whether it was in the back-alleys of dangerous places, board rooms of top international businesses, or halls of Congress.

After stopping terrorists, preventing Russian spies from stealing our secrets, and putting nuclear weapons proliferators out of business, Will helped build a cyber security company that prepared businesses for the next domain of conflict–cyberspace. While in Congress, Texas Monthly and Politico Magazine called Will “The Future of the GOP,” because he put good policy over good politics at a time when America was often consumed with what divides us rather than what unites us. He was able to get more legislation signed into law in three terms than most congressmen do in three decades – substantive legislation like a national strategy for Artificial Intelligence.

Will is a native of San Antonio and earned a Computer Science degree from Texas A&M University. Additionally, he is growing the US transatlantic partnership with Europe as a trustee of the German Marshall Fund, an Open AI board member, and most recently served as a fellow at the University of Chicago Institute of Politics. He is also the author of American Reboot: An Idealist’s Guide to Getting Big Things Done, due March 2022.

Register for Event: “American Reboot: An Idealist’s Guide to Getting Big Things Done” with Will Hurd, Former Congressman (2015-2021) and CIA Operative

Your ticket for the: “American Reboot: An Idealist’s Guide to Getting Big Things Done” with Will Hurd, Former Congressman (2015-2021) and CIA Operative