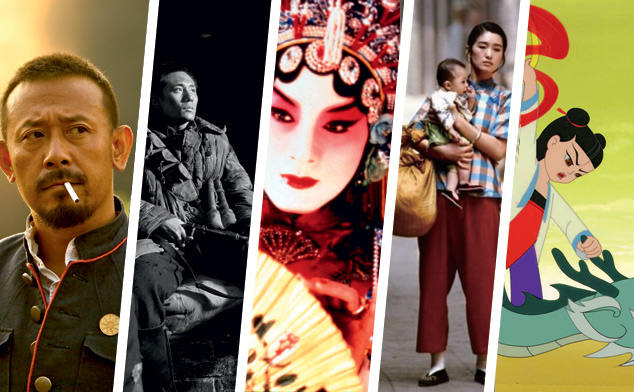 Distinguished Professor of History and Chinese Studies at the University of California, San Diego

Everyone knows there is state-sector filmmaking in China closely supervised closely by the government.  Much of it falls into the propaganda or commercial light entertainment categories.  What many people outside China do not know is that non-state-sector independent filmmaking also takes place in China (ever since about 1990).

Independent cinema has shown the unfiltered and at times undesirable aspects of a country keen on perfect displays, and the Chinese government has retaliated with intense regulation. Independent cinema has become a conflict over whom and what ultimately is presented as China.  Unlike Western indie films, which seek independence from the dominance of Hollywood’s silver screen, non-state Chinese films have sought independence from the confines of censorship.  You won’t see the work on TV, in theaters, or in other state-controlled venues, but it gets made and is circulated in various ways nonetheless.  It tends to deal with real social issues and problems that the state sector neglects or avoids.

We are thrilled to have Dr. Paul Pickowicz, one of the country’s leading historians on modern China with 15 books (2 on this subject) to his credit address our Council on this subject.  Professor Pickowicz currently serves as Distinguished Professor of History and Chinese Studies as well as Endowed Chair in Modern Chinese History at the University of California, San Diego.  A true interdisciplinary scholar, his work has investigated the impact of the Cultural Revolution on Chinese peasants, the history of Chinese cinema, Cold War propaganda strategies, rural protest and Chinese soft-power initiatives.  His book “Chinese Village, Socialist State,” was called “by far the best book on the impact of the Chinese Communist Party on peasant life” by The New York Review of Books.

Complete with sample clips from different films, Professor Pickowicz will be discussing what motivates these filmmakers (many of whom he knows), and how their work is received.  Join us as we welcome Professor Paul Pickowicz on Thursday, April 26th!

(If you are interested in sponsoring a student or a table of students (10) which includes dinner, please contact our office at (949) 253-5751 or e-mail us at orangecounty@worldaffairscouncil.org)

Dietary Restrictions: Please e-mail orangecounty@worldaffairscouncil.org or call our office (949) 253-5751 by Thursday, April 19th, 2018. Accommodations cannot be made after this date.

Paying by Check: Please bring your check to the event and call our office at (949) 253 – 5751 to confirm your reservation before the registration deadline.

Your ticket for the: “Independent Filmmaking in Contemporary China” with Professor Paul Pickowicz, Ph.D.