“Crisis in the Persian Gulf – Saudi Arabia et al. vs. Qatar – Where Will This Lead? with Dr. Jerrold D. Green – President & CEO of the Pacific Council on International Policy 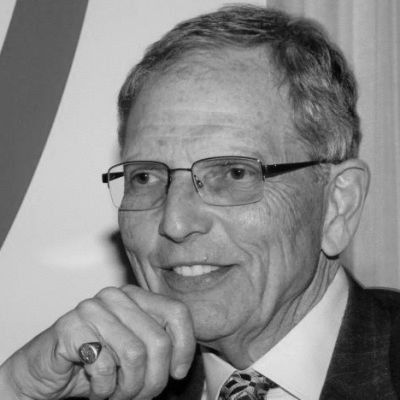 “Crisis in the Persian Gulf – Saudi Arabia et al. vs. Qatar – Where Will This Lead?”

The worst Gulf crisis since the invasion of Kuwait ignited last week (beginning of June).  The small but influential and wealthy Persian Gulf monarchy of Qatar found itself the recipient of a surprise air, sea, trade, and diplomatic blockade launched by several countries including Saudi Arabia, Bahrain, United Arab Emirates, and Egypt, following a trip to the region by US President Trump.

Over the last few decades Qatar has become a major player in the region and global economy, becoming the world’s largest liquefied natural gas exporter, launching Al Jazeera, the Arab World’s most influential media network, planning to host the 2022 World Cup, and positioning itself as a key US ally.  Qatar’s Al Udeid Air Base is the largest US airbase in the region.  The base became crucial for US operations in the region after Saudi Arabia asked US forces to leave after the 9/11 attacks, ultimately providing a regional headquarters for operations in Afghanistan, Iraq, and more recently, against ISIS in Iraq and Syria.

While acting as an important US ally, Qatar has been accused at the same time of funneling money to extremist groups in the region, cozying up to Iran, and stoking the ideology of political Islam which many neighbors see as a threat to the monarchial ruling system in the Gulf. Many see these aggressive moves by the Saudi lead coalition as another manifestation of the power struggle between Shia Iran and Sunni Saudi Arabia for hegemony in the Gulf region.

A failure to mediate the stand-off could disrupt the stability of the world’s energy resources, rupture the six-member Gulf Cooperation Council, and have grave consequences for the US and its allies in their operations in the region. A further destabilization of the Middle East, after Syria, Iraq and Yemen, and of course the simmering Israeli/Palestinian conflict may lead to a regional conflict which could have world- wide and super power consequences.  By adding the Qatar crisis to this already fragile region a “tipping point’ may soon be reached.

will be presented to

Your ticket for the: “Crisis in the Persian Gulf – Saudi Arabia et al. vs. Qatar – Where Will This Lead? with Dr. Jerrold D. Green – President & CEO of the Pacific Council on International Policy

“Crisis in the Persian Gulf – Saudi Arabia et al. vs. Qatar – Where Will This Lead? with Dr. Jerrold D. Green – President & CEO of the Pacific Council on International Policy