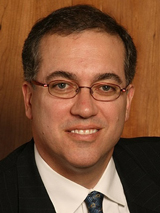 “Realigning American Power and Purpose In A Fragmented World”

President & CEO
Bill Clifford was appointed President and CEO of the World Affairs Councils of America in September 2013. For the past six years, Bill spearheaded the revitalization and growth of WorldBoston, a WACA member Council known for innovative programming, access to leaders, and a tradition of advancing public learning about critical international issues. He also served as a member of the WACA National Board and its Executive Committee.

Your ticket for the: 2016 AGM – Dinner Chat with President/CEO of WAC of America