In Conversation with Senator Lindsey Graham on US Foreign Policy 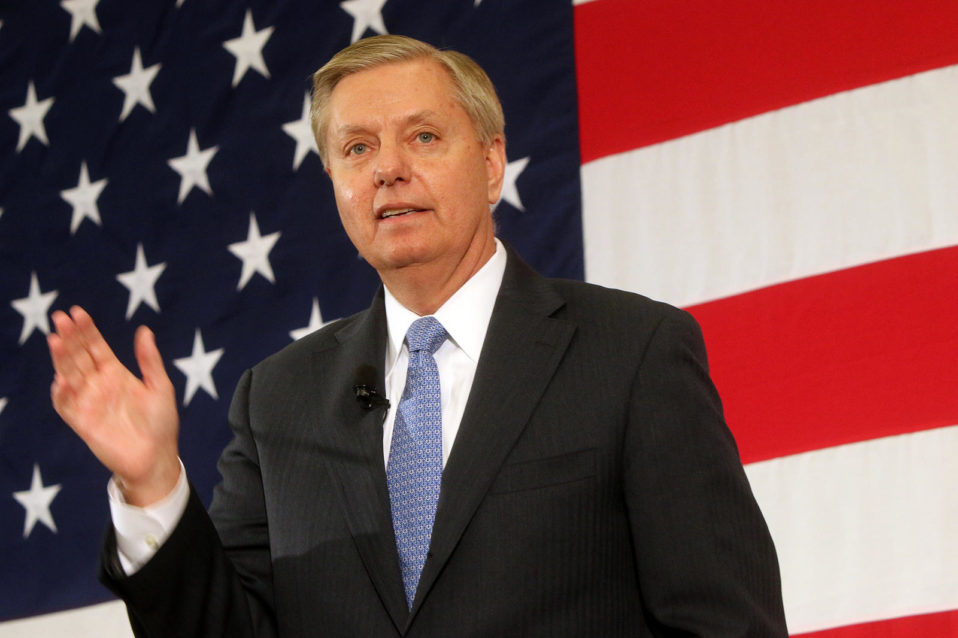 ndsey Graham has earned a reputation as a conservative problem-solver and one of the strongest proponents of a robust national defense. A frequent visitor to American troops stationed overseas for on-the-ground assessments, Graham has consistently pushed for outcomes in the War on Terror which protect our long-term national security interests. One leading conservative recently wrote that when it comes to defending America, “[Lindsey] Graham has been right about more things on foreign policy for longer than just about anyone…if anyone has bragging rights on foreign policy, it is Graham.”

Graham is also a leader in cutting spending, reforming entitlements, and getting government out of the way so businesses can create jobs. One national conservative organization called him a Taxpayer Hero who puts “the interests of the taxpayer ahead of politics by consistently voting to cut wasteful spending, reduce the tax burden, and make government more accountable to taxpayers. “Graham was elected to the United States Senate in 2002 and was re-elected in 2008 and 2014. He became – and remains today – the top vote-getter in South Carolina history by garnering over one million votes in the 2008 general election. Prior to serving in the Senate, Graham was elected to the U.S. House of Representatives in 1994 as the first Republican from the Third Congressional District of South Carolina since 1877.

Before being elected to Congress, Graham compiled a distinguished record in the United States Air Force as he logged six-and-a-half years of service on active duty as an Air Force lawyer. From 1984-1988, he was assigned overseas and served at Rhein-Main Air Force Base in Germany. Upon leaving active duty Air Force in 1989, Graham joined the South Carolina Air National Guard where he served until 1995. During the first Gulf War in the early 90’s, Graham was called to active duty and served state-side at McEntire Air National Guard Base as Staff Judge Advocate where he prepared members for deployment to the Gulf region. In 1995, Graham joined the U.S. Air Force Reserves. During American military operations in Iraq and Afghanistan, Graham put his experience in military law to use pulling numerous short-term Reserve duties in both countries over congressional breaks and holidays. Graham retired from the Air Force Reserves in June 2015 having served his country in uniform for 33 years. He retired at the rank of Colonel. A native South Carolinian, Graham grew up in a blue collar family in the small town of Central where his parents ran a restaurant and pool hall. The first member of his family to go to college, Graham earned his undergraduate and law degrees from the University of South Carolina. He lives in Seneca and is a member of Corinth Baptist Church.

Your ticket for the: In Conversation with Senator Lindsey Graham on US Foreign Policy

In Conversation with Senator Lindsey Graham on US Foreign Policy