The Change in the Balance of Power in the Middle East: US-Iran Diplomacy 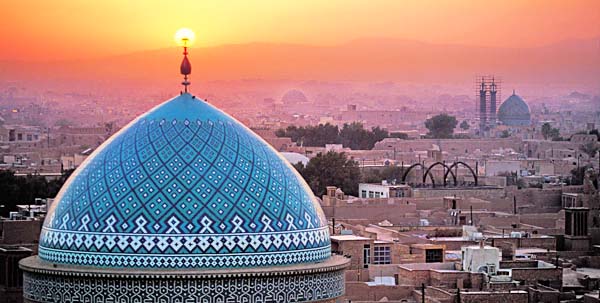 Reza Marashi joined NIAC in 2010 as the organization’s first Research Director. He came to NIAC after four years in the Office of Iranian Affairs at the U.S. Department of State. Prior to his tenure at the State Department, he was an analyst at the Institute for National Strategic Studies covering China-Middle East issues, and a Tehran-based private strategic consultant on Iranian political and economic risk. Marashi is frequently consulted by Western governments on Iran-related matters. His articles have appeared in the New York Times, Foreign Affairs, Foreign Policy, and The Atlantic, among other publications.  He has been a guest contributor on CNN, NPR, the BBC, TIME Magazine, The Washington Post, and The Financial Times, among other broadcast outlets.

Dr. Ted Galen Carpenter is senior fellow for defense and foreign policy studies at the Cato Institute. Dr. Carpenter served as Cato’s director of foreign policy studies from 1986 to 1995 and as vice president for defense and foreign policy studies from 1995 to 2011. He is the author of 10 books and the editor of 10 books on international affairs, including The Fire Next Door: Mexico’s Drug Violence and the Danger to America, Smart Power: Toward a Prudent Foreign Policy for America, America’s Coming War with China  A Collision Course over Taiwan, The Korean Conundrum: America’s Troubled Relations with North and South Korea, Bad Neighbor Policy: Washington’s Futile War on Drugs in Latin America, The Captive Press: Foreign Policy Crises and the First Amendment,Beyond NATO: Staying Out of Europe’s Wars, and A Search for Enemies: America’s Alliances after the Cold War. His forthcoming book, Perilous Partners: The Benefits and Pitfalls of America’s Alliances with Authoritarian Regimes, will be released in Fall 2015. Carpenter is contributing editor to the National Interest and serves on the editorial boards of Mediterranean Quarterly and the Journal of Strategic Studies, and is the author of more than 600 articles and policy studies. His articles have appeared in the New York Times, the Washington Post, the Wall Street Journal, the Los Angeles Times, the Financial Times, Foreign Affairs, Foreign Policy, the National Interest, World Policy Journal, and many other publications. He is a frequent guest on radio and television programs in the United States, Latin America, Europe, East Asia, and other regions. Carpenter received his Ph.D. in U.S. diplomatic history from the University of Texas.

Ambassador Mark Johnson (ret.) completed 30 years as a career foreign service officer with the U.S. State Department serving as Ambassador to Senegal, Deputy Inspector General of the State Department, Deputy Chief of Mission in Kuwait, and as Deputy Chief of Mission in Cairo, Egypt.  He was the first American diplomat to return to the U.S. Embassy in Kuwait City after it was liberated during the Desert Storm military campaign. He also was involved with the Middle East peace process in Cairo and helped negotiate the release of the American diplomats during the Iranian hostage crisis from 1979-81.  He has led several World Affairs Council trips to Iran, Egypt and the Persian Gulf.

Ambassadpr Johnson has spoken to audiences across the US from Alaska to Florida, and has lectured in several countries of the Middle East including Egypt, Saudi Arabia and Iran. He received a BSFS from the School of Foreign Service at Georgetown University and an MA in International Economics from George Washington University.

He is married to Sally Cummins who was a lawyer with the Office of the Legal Adviser in the U.S. Department of State, Washington, D.C., and former editor of the Digest of U.S. Practice in International Law.

Professor Mark C. Johnson spent several decades as an entrepreneur starting and building national businesses prior to becoming a Chapman University Trustee and Professor. After a wide ranging and intriguing business career he returned to the university campus to receive his undergraduate degree at Chapman and graduate degrees at Claremont Graduate University. Traveling earlier to nearly a 100 countries with his sons over many years created a strong sense of wonder and curiosity about the American Dream and how it came about. These life journeys lead him to study American Politics and the Comparative Politics of the Middle East to try and understand “how things really work”. Although continuing to be deeply involved in philanthropic, political and academic organizations and boards, he continues to research and study The Founders, Congressional Decision Making (yes, an oxymoron) and the extremely volatile history and behavior of the Middle East. His joy is in bringing his subject matter alive in the classroom for his students so that they may genuinely understand and be fascinated by the material being studied. His goal is to “connect the dots” of life and make what initially may seem dusty and irrelevant historical events, very current, exciting and important to his students in the understanding of their world. Having been involved in Presidential, Gubernatorial and Congressional campaigns while building a pharmaceutical business and real estate development portfolio allows for wide ranging and dynamic discussions of political behavior and history in Professor Johnson’s courses.

When not traveling, studying or instructing, Professor Johnson can be found performing low level nape of the earth combat flying exercises over the California and Arizona desert in his AStar jet turbine helicopter. Professor Johnson’s doctoral dissertation was on the efficacy of Congressional Decision Making through looking at the process of legislating American Energy Policy from the Arab Oil Embargo of 1973 forward to today (actually turned out to be interesting and revealing!

Your ticket for the: The Change in the Balance of Power in the Middle East: US-Iran Diplomacy

The Change in the Balance of Power in the Middle East: US-Iran Diplomacy