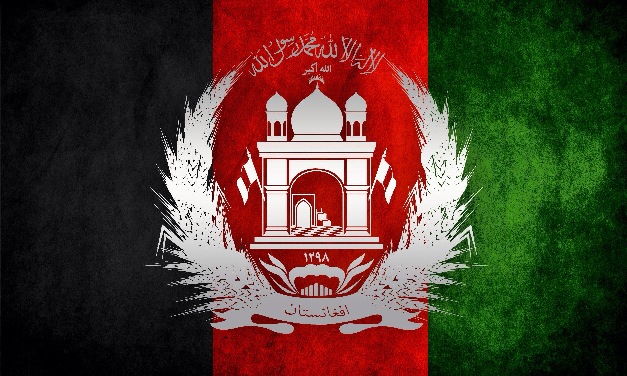 Col. Bullion and Mr. Delawari recently returned to the US from multiple assignments in Afghanistan where they oversaw aspects of the Afghan economy which has grown 10 fold since 2002. They will serve on a panel to provide insight into the critical policies and infrastructure that need to be put in place to ignite the Afghan economy. The Afghan government has identified key objectives in the areas of banking, mining, energy, agriculture, and rule of law. This discussion will not only provide background on various projects, but also business opportunities for investors in the West.

The Presentation from the event can be found here:

From 2010 to 2014, TFBSO worked in Afghanistan, at the direction of the Secretary of Defense, coordinating with  the U.S. Embassy in Kabul, ISAF, the Government of Afghanistan and other agencies. TFBSO’s mission was to help Afghanistan’s private sector grow by attracting foreign investors and encouraging local entrepreneurship. The major areas of effort for TFBSO were in the minerals, energy, indigenous industries and agriculture sectors of the Afghan economy.

Prior to his current position, Col. Bullion was President of Phoenix Global Services LLC, a consulting and investing company he founded in 2005. He has more than 20 years of experience in international business management, consulting, and military service. As an Army Reserve Officer, Col. Bullion has served two tours in Iraq, first as Executive Officer and Commander of a Civil Affairs Battalion attached to the 10th Special Forces Group and to the 101st Airborne Division, then as Plans and Operations Chief for the Multinational Security Transition Command commanded by General David Petraeus. He was awarded the Bronze Star Medal (2OLC) and the Combat Action Badge for his work in Iraq. Prior to his two tours in Iraq, Mr. Bullion was a Vice President at Genuity, Inc., a $1 billion publicly traded telecommunications services company and built and managed international operations for UNIFI Communications, a high-growth startup company which developed and provided leading-edge data communications services.

Mr. Bullion is a graduate of Dartmouth College and also was commissioned there as an infantry officer through ROTC. He holds a Master of Business Administration from the Amos Tuck School and is fluent in French.

Mr. Delawari was appointed as governor by presidential decree No. 78 dated November 30, 2011. His nomination was confirmed by the (Wolsi Jirga) the lower house of parliament on November 26, 2011. Delawari handed in his resignation on 6 December 2014 to retire and spend time with his family in Southern California.

Governor Delawari brings with him a diverse professional background and rich experience in commercial banking, international business/ leadership. Prior to this assignment he has served as Minister Advisor to President Karzi on Banking and Private Sector, member of DAB Supreme Council, founder and CEO of Afghanistan Investment Support Agency (2003-2004; 2008-November 2011), Governor Da Afghanistan Bank (2004 -2007 and 2011-2014), Senior Advisor to Minister of Finance Afghanistan (2002) and Vice President of Multinational Division, Lloyds Bank of California (1986-2002).

Governor Delawari was born in Kabul Afghanistan on November 23, 1942. He left his home country in 1967 to accept a Colombo Plan university scholarship in the United Kingdom in the fields of commerce and economics. Here, he performed basic training at National Westminster Bank, and then continued his studies at the UCLA. When the Soviet Union invaded Afghanistan in 1979, Governor Delawari decided to settle in Pasadena, CA . Governor Delawari returned to Afghanistan and was given the task of strengthening the national bank, with the help of future governor Anwar ul-Haq Ahady and then Minister of Finance Ashraf Ghani Ahmadzai who is the current President of Afghanistan.

Governor Delawari earned a B.S. in Business/Economics from UCLA and was awarded a Professional Designation in International Business from UCLA 1967-1969. He was the recipient of Colombo Plan (Bank Management) Scholarship in London-England.

“The Sounds and Rhythms of Afghanistan” Duet performance

An evocative voyage through the various musical styles performed within Afghanistan. These maestros will take you on a play-by-play musical caravan, making stops in Kabul, Herat, Mazar, Qataghan, Loghar, Kandahar. Salar Nader is a world renowned Afghan-American Virtuoso who grew up in San Francisco, California. He’s a musical visionary who has an impressive track record of collaborators and compositions under his belt.

Salar is a disciple of Grammy award-winning international artist Zakir Hussain, and considers himself privileged to have been guided by the master throughout his music journey.

Artist Sulyman Sadat started early training under the guidance of his father, a Cornell University graduate in Architecture, from whom he learned the fundamentals of drawing and design. Before settling down in Southern California he worked as a freelance artist, graphic designer and art consultant in Europe. He uses forms and colors in an expressionistic and symbolic way to express the beauties about the world around us. For more of his work, please visit: http://www.sulaysadat.com

Your ticket for the: Afghanistan 2.0 – Future Visions and Business Opportunities