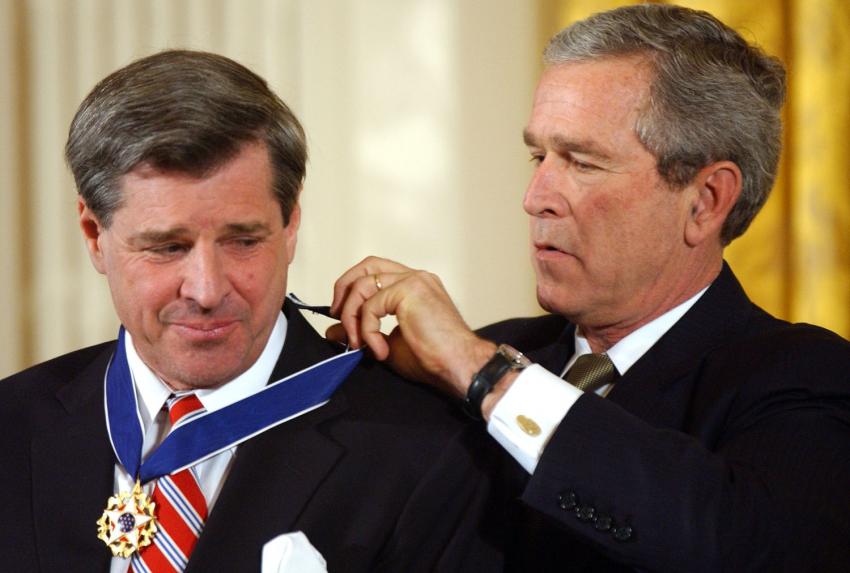 Despite broad public support for a return to American isolationism, American interests require that we stay engaged in global affairs. A world without robust American leadership would be detrimental to the liberal world order we now take for granted.

During three decades as a professional diplomat, Paul Bremer served many appointments including Ambassador to the Netherlands and Ambassador at Large for Counter Terrorism in the Reagan administration, and was appointed by President Bush as Presidential Envoy to Iraq in 2003.  A Career Member of the Senior Foreign Service and Class of Career Minister, Bremer received the State Department Superior Honor Award, two Presidential Meritorious Service Awards, and the Distinguished Honor Award from the Secretary of State. In 2004, Ambassador Bremer was awarded the Presidential Medal of Freedom, the nation’s highest civilian award, for his service in Iraq. Bremer was appointed Chairman of the National Commission on Terrorism by House Speaker Dennis Hastert in 1999. He also served on the National Academy of Sciences’ Committee on Science and Technology for Countering Terrorism, which authored a 2002 report called “Making the Nation Safer: The Role of Science and Technology in Countering Terrorism”.

Ambassador Bremer retired from the Foreign Service in 1989 and became Managing Director at Kissinger and Associates, a worldwide consulting firm founded by Henry Kissinger and later served as Chairman and CEO of Marsh Crisis Consulting Company, a firm providing crisis management advice to corporate boards. He is a member of the Council on Foreign Relations and serves on the Board of the RAND Corporation’s Center for Middle East Public Policy. Bremer and his wife were the founders of the Lincoln/Douglass Scholarship Foundation, a Washington-based nonprofit that provide high school scholarships to inner-city youths. Mr. Bremer holds a B.A. from Yale University, a Certificat d’Etudes Politiques from the University of Paris and an M.B.A. from the Harvard Graduate School of Business Administration.