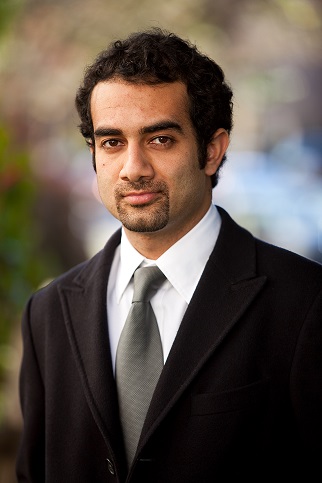 “The Future of Political Islam”

Dr. Shadi Hamid is a fellow with the Project on U.S. Relations with the Islamic World at the Saban Center for Middle East Policy at the Brookings Institution and is the author of Temptations of Power: Islamists and Illiberal Democracy in a New Middle East. He served as director of research at the Brookings Institution’s Doha Center until January 2014. Prior to joining Brookings, Hamid was director of research at the Project on Middle East Democracy (POMED) and was a Hewlett Fellow at Stanford University’s Center on Democracy, Development, and the Rule of Law. He is currently vice-chair of POMED, a correspondent for The Atlantic, and a member of the World Bank’s MENA Advisory Panel.

Dr. Hamid has served as a program specialist on public diplomacy at the U.S. State Department and was a legislative fellow in the office of U.S. Senator Dianne Feinstein (D-CA). His articles on Islamist movements and U.S. policy have appeared in The New York Times, The Washington Post, Foreign Affairs, The New Republic, Foreign Policy, The National Interest, The Washington Quarterly, Policy Review, Slate, Forbes, Democracy: A Journal of Ideas, and many other publications. His writing on Egypt has been featured on NBC’s “Meet the Press” and the Washington Post named him one of the top “23 Twitter accounts you must follow to understand Egypt.” Dr. Hamid received his B.S. and M.A. from Georgetown University’s School of Foreign Service and he received his Ph.D. in political science from Oxford University.

Your ticket for the: April 24th Dr. Shadi Hamid At The Bistango Restaurant