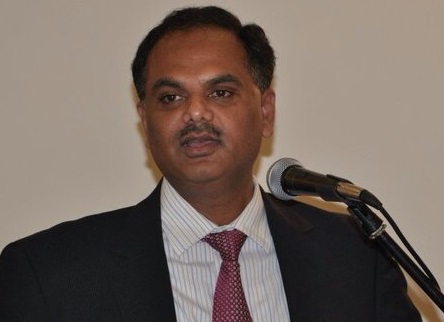 Premium Member and Trustees Only Event

“The Role of Pakistan in a post-Afghanistan World”

He was a Lecturer/Demonstrator at Nishtar Medical College in Multan, Pakistan before joining the Pakistani Foreign Service in 1998. He served within various divisions of the Ministry of Foreign Affairs including: Afghanistan, ECO, South Asia, and Personnel. He remained posted as Second Secretary at the Embassy of Pakistan in Kuwait from August 2002 to December 2005.

He has received training from the Civil Services Academy in Lahore, the Foreign Services Academy in Islamabad, the Japanese Language Training Institute in Kansai, Japan, Human Soft, the Centre for European Studies in Strasbourg, France, the Singapore Mediation Centre, the National Institute of Management, and the School of Public Policy in Pakistan.

Between 2008 and 2009 he was a visiting faculty member of the Faculty of Contemporary Studies (FCS), the National Defence University in Islamabad, and Bahria University.

He joined the Consulate General of Pakistan, Los Angeles in October 2009. He is married and has three children.

Your ticket for the: April 3rd Dr. Muhammad Khalid Ejaz – Premium Member and Trustees Dinner At The Center Club